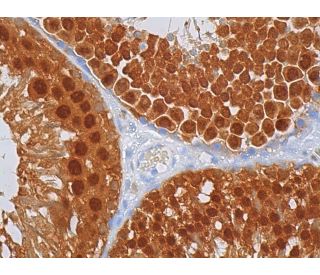 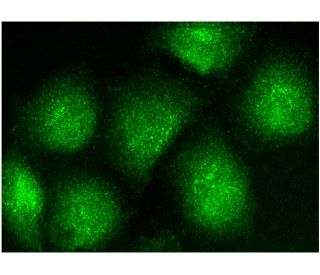 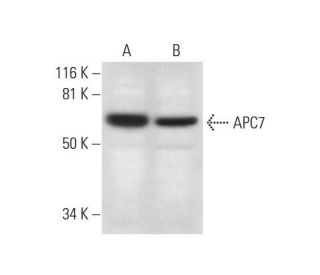 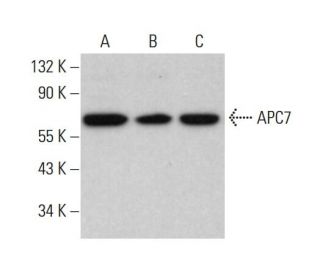 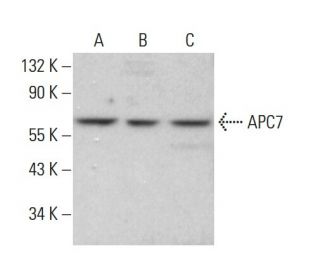 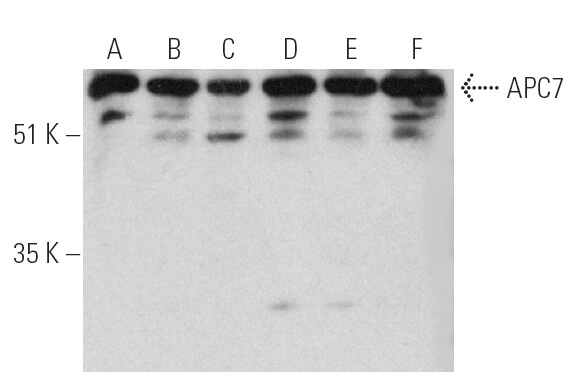 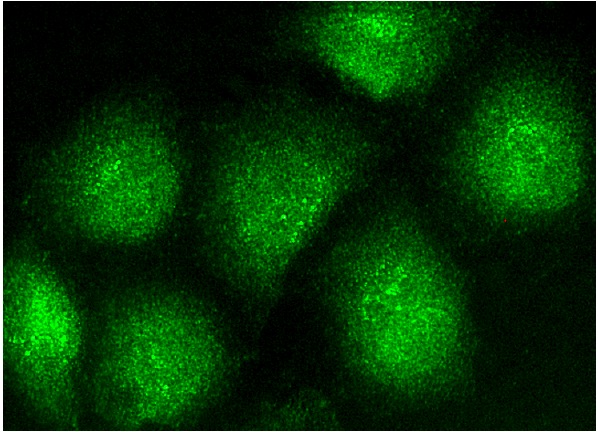 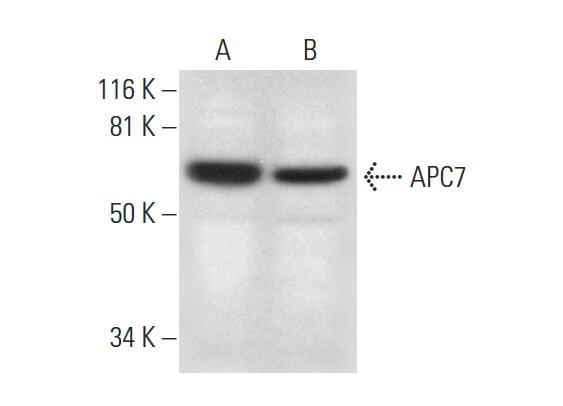 APC7 Antibody (A-6) is a high quality monoclonal APC7 antibody (also designated APC7 antibody) suitable for the detection of the APC7 protein of mouse, rat and human origin. APC7 Antibody (A-6) is available as both the non-conjugated anti-APC7 antibody form, as well as multiple conjugated forms of anti-APC7 antibody, including agarose, HRP, PE, FITC and multiple Alexa Fluor® conjugates. The anaphase-promoting complex (APC) is composed of more than ten subunits, including APC1, APC2, APC4, APC5, APC7, APC8, APC10, and APC11. The APC acts in a cell-cycle dependent manner to promote the separation of sister chromatids during the transition between metaphase and anaphase in mitosis. APC, or cyclosome, accomplishes this progression through the ubiquitination of mitotic cyclins and other regulatory proteins that are targeted for destruction during cell division. APC is phosphorylated, and thus activated, by protein kinases Cdk1/cyclin B and polo-like kinase (Plk). APC is under tight control by a number of regulatory factors, including CDC20, CDH1 and MAD2. Specifically, CDC20 and CDH1 directly bind to and activate the cyclin-ubiquitination activity of APCs. In contrast, MAD2 inhibits APC by forming a ternary complex with CDC20 and APC, thus preventing APC activation. APC7, also known as ANAPC7, is a subunit of APC that mediates the interaction of APC with the transcription coactivators CBP and p300.