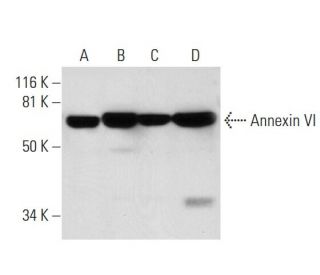 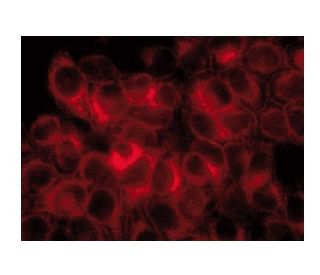 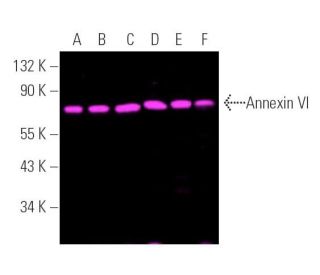 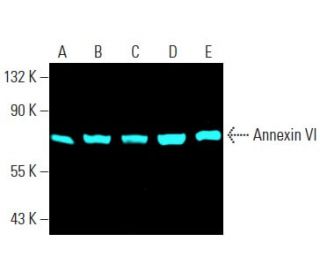 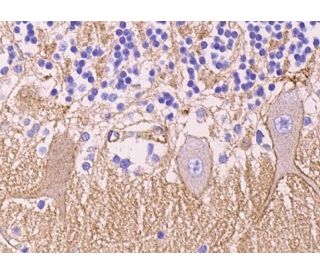 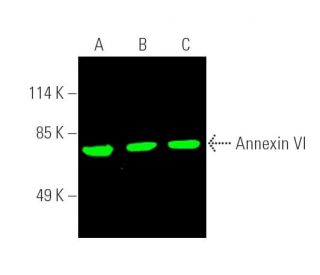 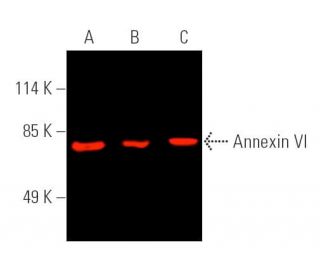 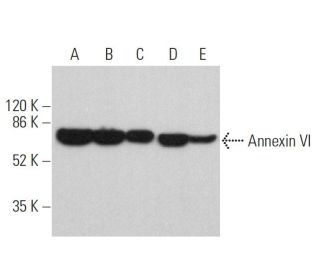 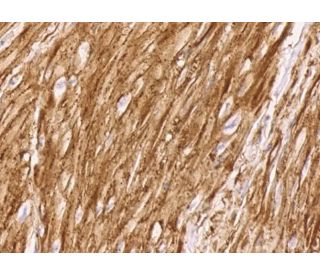 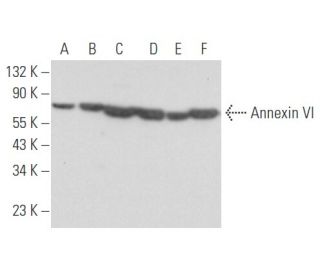 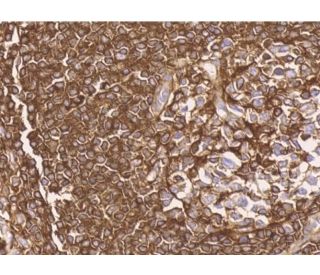 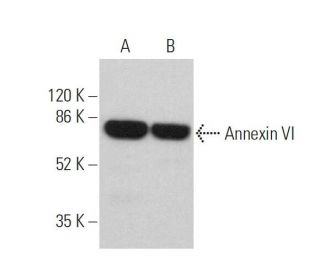 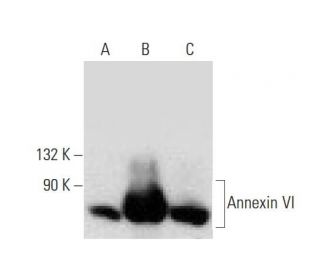 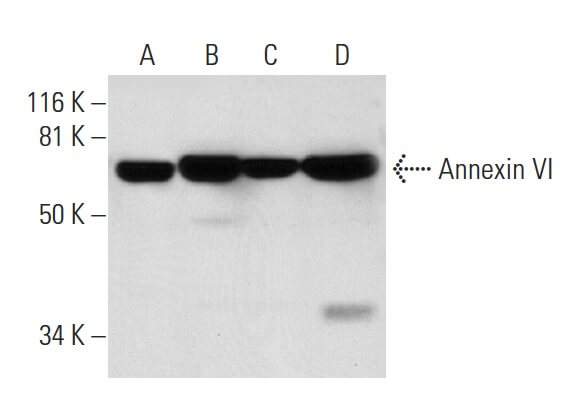 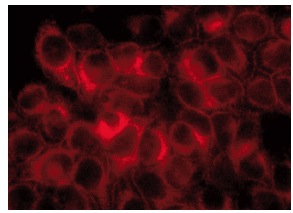 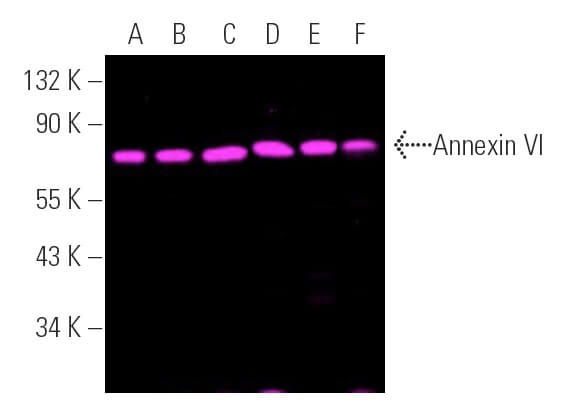 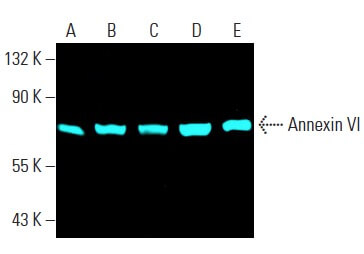 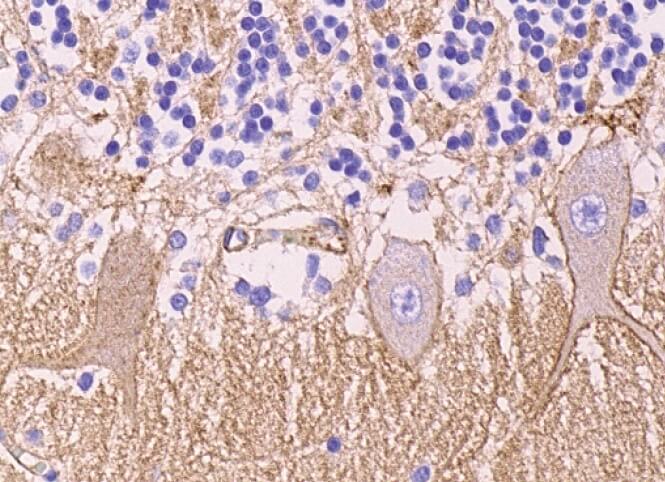 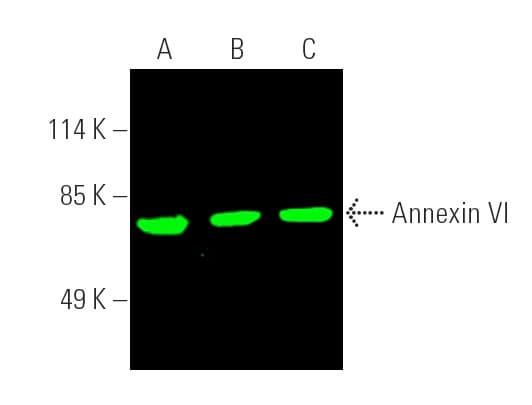 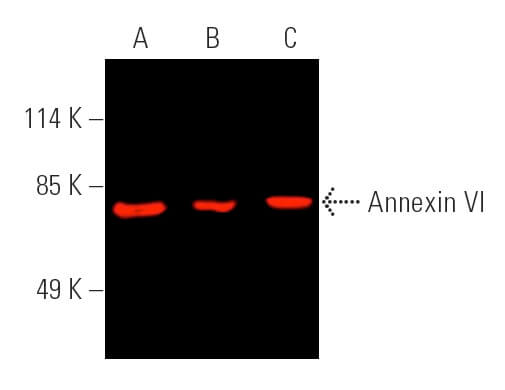 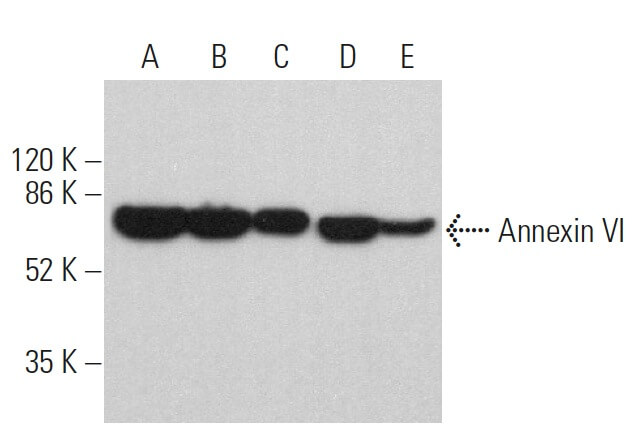 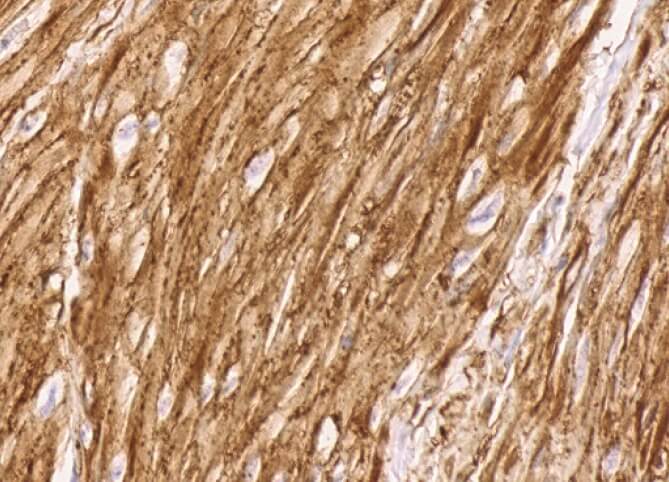 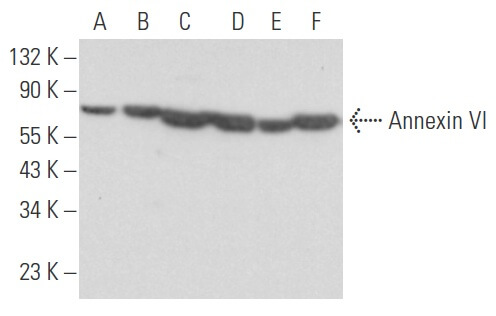 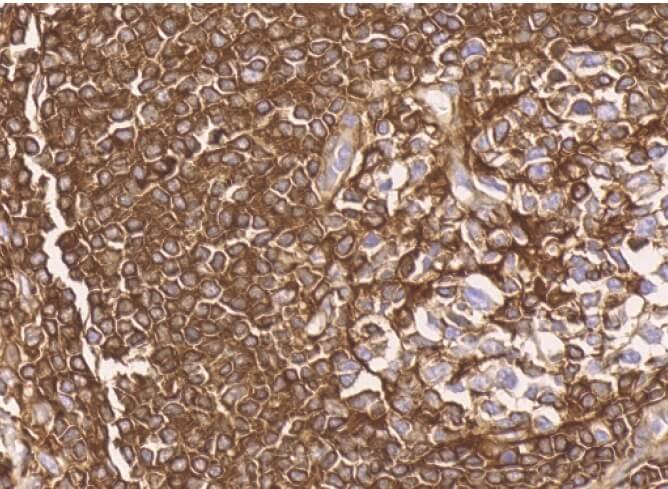 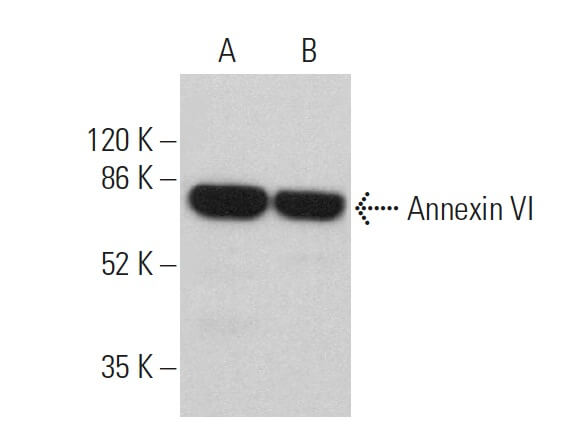 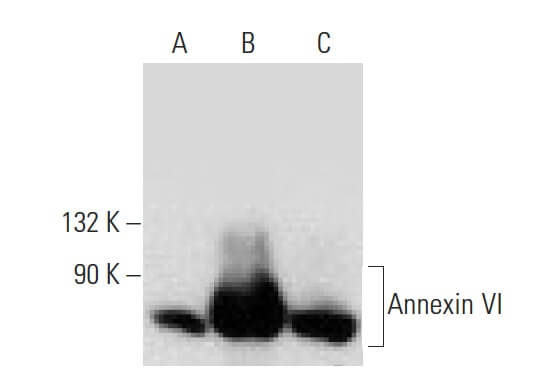 Annexin VI Antibody (E-5) is a high quality monoclonal Annexin VI antibody (also designated ANXA6 antibody, Annexin A6 antibody, Chromobindin-20 antibody, Lipocortin VI antibody, Calphobindin II antibody or 67 kDa calelectrin antibody) suitable for the detection of the Annexin VI protein of mouse, rat and human origin. Annexin VI Antibody (E-5) is available as both the non-conjugated anti-Annexin VI antibody form, as well as multiple conjugated forms of anti-Annexin VI antibody, including agarose, HRP, PE, FITC and multiple Alexa Fluor® conjugates. The annexin family of calcium-binding proteins is composed of at least ten mammalian genes. It is characterized by a conserved core domain, which binds to phospholipids in a Ca++-dependent manner, and a unique amino terminal region, which may confer binding specificity. The annexin family has been implicated as regulators of such diverse processes as ion-flux, endocytosis and exocytosis, and cellular adhesion. When overexpressed in A-431 cells, Annexin VI causes a partial reversal of the transformed phenotype. It has been hypothesized that growth-dependent posttranslational modifications of Annexins are required for proper sub-cellular localization. Annexin VII, also referred to as synexin, is located at the plasma membrane in nor-mal muscle tissue. However, in muscle samples from patients suffering from Duchenne′s muscular dystrophy, Annexin VII, along with Annexins IV and VI, is released into the cytoplasm and later, as the disease progresses, into the extracellular space. Two forms of Annexin XI, designated A and B, have been identified. Transfection of COS-7 cells with Annexin XI-A, but not Annexin XI-B, causes formation of Annexin XI-associated vesicles.

I'm interested in testing this (sc-271859 ) antibody on zebrafish and would like to ask if it is possible to get a test sample?

Posée par: Alexandra73
Thank you for your question. Please contact our technical service team to arrange for a free sample of this antibody.
Répondue par: Tech Support Europe

What application is the blocking peptide sc-271859 P appropriate for?