RNA interference (RNAi) was first identified in C. elegans by Nobel laureates Fire and Mello (1), and now represents one of the most promising discoveries in molecular biology. Endogenous RNAi activity has been linked to the regulation of transposon mobility (2), the determination of gene expression profiles (3) and cell fate (4), and is a crucial component of the innate cellular defense against viral infection in vivo(5). Three unique RNAi mechanisms controlling target gene expression have been demonstrated. RNAi regulates gene transcription by modifying heterochromatin formation (6). RNAi exercises two forms of post-transcriptional control. First RNAi can inhibit the translation of target mRNA (7) and second, RNAi can direct target mRNA destruction through the RISC complex (8). DICER first processes dsRNA leaving a two nucleotide long 3' overhang. This primes the dsRNA for binding to the RISC complex and leads to the activation of the enzyme activity of argonaute, the RNAse component of the RISC complex that destroys one of the RNA strands. The remaining guide strand, through complementary binding, then leads the RISC complex to associate with and cleave target RNA molecules.

The discovery of RNAi introduced an extraordinarily powerful laboratory tool for researchers and became a promising potential therapeutic tool, consequently leading to the 2006 Nobel Prize in Physiology or Medicine being awarded to Andrew Z. Fire and Craig C. Mello. In the laboratory, RNAi molecules are being used to downregulate individual target gene expression in a variety of organisms and cell types, exploiting each of the three mechanisms of inhibiting gene expression described above. These techniques are useful for manipulating an experimental system to explore individual gene and protein functions as well as their relationships to other genes and proteins. RNAi also has exciting clinical potential (9).

Details of these RNAi mechanisms are popular subjects of rigorous study, though much remains to be clarified. RNAi control of target mRNA degradation through the RISC complex, however, is the most well-described as well as the intended mechanism for RNAi Gene Silencers. 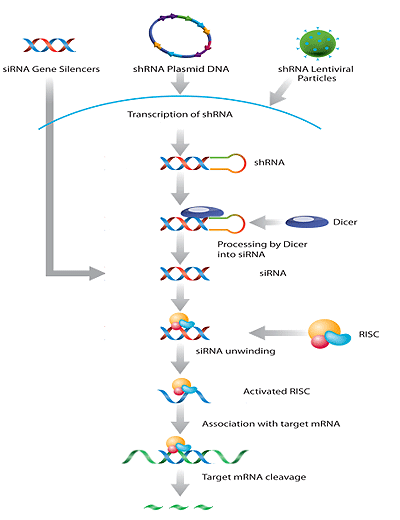 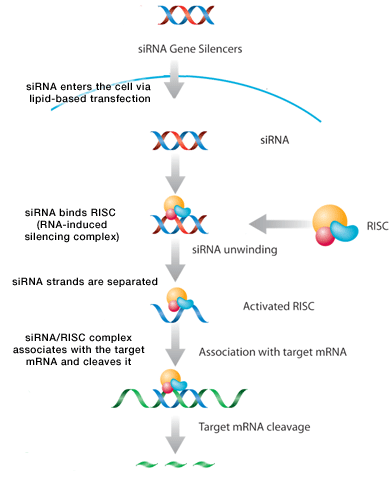 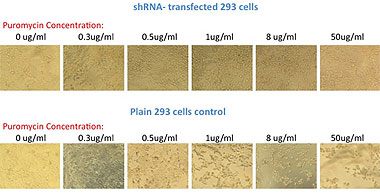 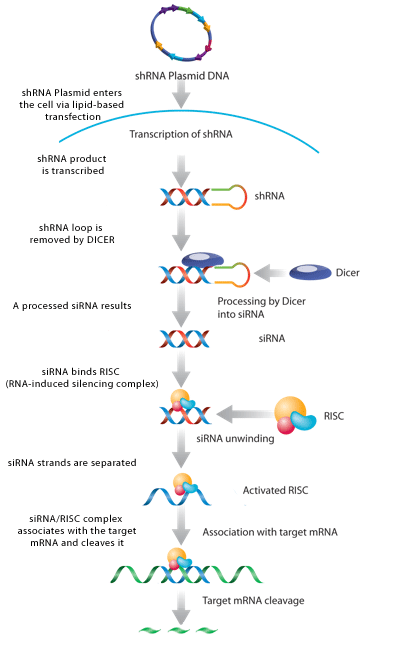 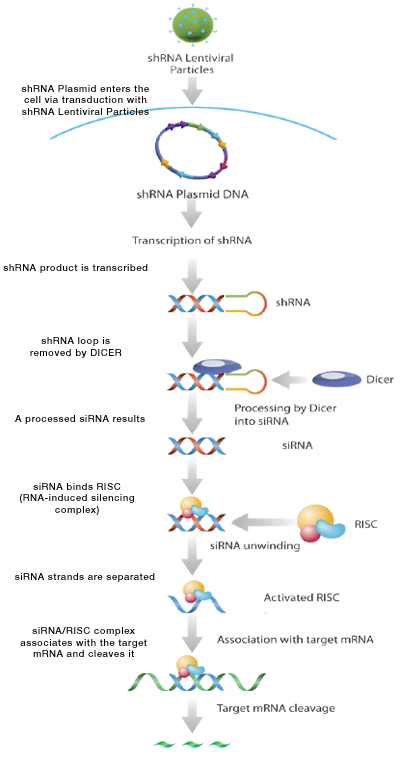 Use an effective Transduction Control